Fundamentally, a magus may gift or sell an apprentice to another magus and be therefore relieved of the burden of having to teach that apprentice.

Hmm, is that really true?
Away from my books now, and this has never come up in my games, so I may well be wrong but...
... I was under the impression that no, there is no provision for "gifting" or "selling" (or for that matter "bequeathing") an apprentice.

You can claim an apprentice, and the previous master refrain from opposing you (possibly because you obliterated him in a Wizard's War, or he slipped into a eternal Twilight), but in that case every other interested magus can also claim the apprentice -- and barring a Bonisagus privilege, it will be certamen or the Tribunal's peripheral code that determines who gets the apprentice.

The apprentice can be traded to another magus and has no say in the transaction.

There is some ambiguity though. At least one tribunal has frowned upon the practice if selling an apprentice at some point in the past. I cannot remember where I read it, and it might be 4ed or even back to the 2ed OoH.

There's TSE p.34, which allows apprentices in the Theban Tribunal to lodge complaints against their masters.

The one I was thinking of was AD 1194 in Provence [WG:33f]. The case was a magus who had sold a Gifted child because he already had an apprentice. When the buying master passed into twilight, the other apprentice had graduated, and the first master claimed the child. This was easily dismissed. The tribunal noted its disapproval of buying and selling apprentices as a side-note.

I don't know that it actually happened, but at the time that earlier editions of AM were coming out it was a common belief that medieval apprentices could have their apprenticeship sold- certainly plans were made which treated them as near property in the case of the death of their master (understanding that these things were not standardized across Europe).

For young herdsmen of Apulia apprenticeship and slavery were very close still after 1970: look for the "tratta dei pastorelli" or the "mercato dei pantaloni corti" of Altamura, Minervino and the Murgie in between.

Here are even more recent reports: 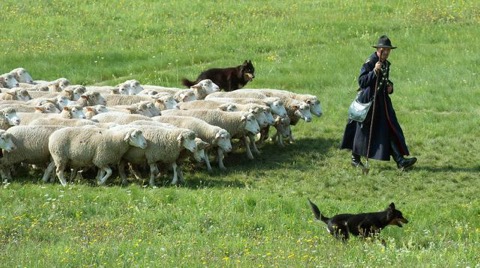 Niente oblio per i pastorelli murgiani 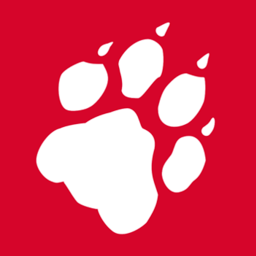 Yes, but the issue is not hardship but whether they could be sold to apprentice with someone else. While it can happen in the order, and was commonly believed to be a practice in the middle ages when the first few editions of the game were written, I don't see anything anywhere to indicate it was an actual practice.

whether they could be sold to apprentice with someone else

In the 13th century this depends on the definition of 'apprenticeship'. Does it imply a guild - typically a craft guild - to oversee it?
In that case, it is an invalid example for Hermetic apprenticeship - at least until covenants explain themselves to society as guilds (see TME p.26 Using Guilds as Model).

The maga offering to take a Gifted misfit as an apprentice and relieve his parents from the onus of feeding him, or the magus resorting to simple child abduction, are not subject to guild or town oversight. They resemble far more patrons acquiring young victims of a medieval "tratta dei pastorelli" or simple slave trade, and nobody prevents them from selling these on - even if some sodales might express disgust.

A magus allowed to teach (Sub Rosa #18, p.13) Young Lord Baldwin at his parents' mansion is in a totally different position and might even find himself some time replaced by a more suitable teacher.

Apprentices p.38:
The apprentice can be traded to another magus and has no say in the transaction.

Interesting! I had not realized that was the case, but it's not unreasonable.
It certainly opens up a lot of interesting story possibilities.
For example, it would seem that if there is a thriving Hermetic market for vis and books, there should be one for apprentices - which cannot be "stored" like vis or books, and tend to come up much more unpredictably. Something similar does happen across academic departments with phd students and postdocs as of today, even though it's not nearly as overt ("You know, I would be interested in co-advising your student, I do happen to have some funding for this research topic for the next two years...").

I understand the pain of academic departments. My wife was bounced around between three different people during her phd work, based on who had free funding and needed some lab work done.

The default rules assume this:

So, if you teach extra seasons, I fail to see how this is a crime.

Now, if you want them "ready ASAP" what you can do is have them trained by mundanes before formally claiming them. 5 seasons @ 20 exp = Latin 50, Artes Liberales 5, Profession (Scribe) 15, Magic Theory 30.

So, if you teach extra seasons, I fail to see how this is a crime.

Of course it is not a crime to give an apprentice extra seasons of teaching by yourself or someone else, as long as you instruct your apprentice in person for at least one season per year.
It isn't done all that much since each season your apprentice is studying something is a season in which he is not helping you in your labratory, but it is certainly possible.

Now, if you want them "ready ASAP" what you can do is have them trained by mundanes before formally claiming them. 5 seasons @ 20 exp = Latin 50, Artes Liberales 5, Profession (Scribe) 15, Magic Theory 30.

And that is a quite common practice. Main problem with that approach is that as long as you haven't formally claimed an apprentice, you run the risk of some other magus coming along and claiming them.
In practice that risk is fairly low in most cases though.
If you have a mundane teaching a Gifted student you also need to somehow counter the negative effects of the Gift, else the teaching won't be very effective.

I would tend to send them off with a mundane teacher for the rest of the year after the arts have been opened (if I can find one). Then after the second season of training in Magic Theory, they are ready to do some useful stuff in the lab, if they are old enough to have reached 0+ Int at least.

Limiting the apprentice to exposure in every season except the obligatory teaching seasons seems a bit harsh. The apprentice is not much use without more intensive training in the first two years, and it costs little to give a few free seasons to read a good book or whateve. OTOH a teaching+Com at 4+ is higher than what I would expect, at least for the first apprentice that the master has, Sure, some have more, but most PC magi I design will have teaching+Com at ±1. Taking those to modifications together, one can still end up at about 240xp+120 spell lvls.

I'd tend to roleplay magi as being nervous about letting valuable books near a nine-year old. There aren't any formal book damage-risk rules in 5e (unlike 4e, where it was linked to your Dex). When they get a bit older, maybe, but at that point they've also become more useful elsewhere.

Things to do with an apprentice with basic training:

It's worth remembering the lesson of Bonisagus' final apprentice - he was taught too much too quickly, and didn't have the maturity to handle it.

I'd also expect some magi to feel that it would help develop their apprentices' character and appreciation for their training if they were required to do things in exchange for it - the Tremere in particular I would expect to want to set-up a pattern of "this is what you do for us, and this is what we do for you" early, rather than tell their newly gauntletted magi "and now you have to work for the House".

I don't really see the reason not to let them loose on the roots of the art as soon as they can read. Sure, not every season, because there is always work to be done, but some seasons. Fixating ACs is a good idea. Copying is slow, and one gets so annoyed that they can copy tractatus as anybody else, but not lab texts without Prof: Scribe, but yes, if one does not have an excess of mundane scribes who can do it, it is very important.

Good point about Profession Scribe being needed for copying Lab Texts - I'd had it in my head that it was Latin based, but that's only for writing them.

Of course, you also need Latin 3 to copy books without corrupting them, which I had forgotten.

and magic theory one for magic texts. However copying tractatus can count as exposure experience for scribe... though I would personally see it as more effective to ask the covenant scribes to train them for a couple of seasons.

I don't really see the reason not to let them loose on the roots of the art as soon as they can read.

Remember to demand that every last one of them spend the virtues to cover those extra XPs.