A few questions about sahirs

Thanks a ton, the meaning behind that description of the summoning naranj is quite clear now.

If I happen to have anymore question regarding sahir I'll be sure to post them here. Alas, I want to seize the opportunity to congratulate you on a job well done. The Cradle and the Crescent is an awesome sourcebook, and I'm utterly in love with it. The sahir magic system is absolutely gorgeous as well, and fits the theme wonderfully IMHO. Please, pass along my most sincere congratulations to the rest of the team involded.

Now, the key thing here is, an Hermetic magus has to have a source of vis, whereas a sahir only needs an aura, according to RAW from CatC page 38. Is that correct? A sahir doesn't need a source of vis to extract vis, he can just syphon it out of any aura, and that's it?

There's nothing in the official errata regarding this, but it feels a bit overpowered, so I just wanted to make sure. Thanks in advance.

This: It tends to degrade an aura if done too much, but it is otherwise awesome

I know. I didn't properly phrase my question, as usual. I meant that an Hermetic magus needs to have a source of vis in order to not degrade an aura, whereas a sahir doesn't degrade it.

So please just disregard my question. I just had a major brain fart.

I know. I didn't properly phrase my question, as usual. I meant that an Hermetic magus needs to have a source of vis in order to not degrade an aura, whereas a sahir doesn't degrade it.

So please just disregard my question. I just had a major brain fart.

"Realms of Power: Magic", but it's not generally a problem unless you've got a lot of magi extracting lots of Vis frequently and I find the aura degradation tedious to calculate so I tend to just ignore it.

Also, Sahir have plenty of other ways to obtain Vis such as visiting Mazaran or travelling to the Magic Realm (https://forum.atlas-games.com/t/intellego-and-warping/142/1) See "A Passage to Strange Lands"

I wasn't concerned about them not getting vis, but rather about the way they were extracting it. But I was absolutely mistaken, so my question is meaningless.

Thanks for the reference about degrading auras. At least I now know that didn't come out of the blue altogether.

Since it's in RoP: M as mentioned above, it's a characteristic of aurae, not hermetics.
Sahirs should degrade aurae just as much as hermetics.

Makes perfect sense. My confusion was mostly because I (wrongly) remembered it being in the hermetic extraction rules, not the RoP:M book. Once again, my bad.

I'm not entirely sure what it is you're asking, but I'll try to help:

Yes, Sahir can use any of the Summoning arts described on page 31 in conjunction with the Solomonic Arts.

However, your character must be able to summon a spirit of some sort to utilize his Solomonic Arts which, by themselves, are quite useless...

Thanks, i was doubting about if in fact they could make summoning spells with any solomonic art or any Summoning Ability... I get that they need summon one spirit before to learn more or the Suhhar.

In the case of "normal" sahirs, the summoning supernatural ability is usually Sihr, which only works on Jinn. But as far as I know, there's nothing stopping them from having a different summoning ability other than Shir, that they use to summon the spirit that powers their Solomonic Arts.

Thanks, i doubled my doubt and on the other topic i got the same response, i get now. I can figure that one Virtue Greater Power or Ritual Power that was like one Summoning to Airy Spirits could grant the same, but with really poor summoning strength.

And... any summoning Art/Ability can be used to any summoning spell learned by a Sahir? I mean, with Astrology or Storytelling they can summon spirits that aren't Jinni and they can bind them or use on other ways after the season summoning.
Sorry the Threadomancy - and hi.

I'm afraid I'm not quite sure what it is you're asking, but will try to help...

Basically, yes. Any references to a 'Summoning Art' can apply to any of the abilities listed on page 31.

The only restriction is that your Summoning Art can only summon the type of creatures listed in its description so a character with (Faerie) Summoning, for example, wouldn't be able to summon Magic or Infernal jinn...

Sorry. I mean, that with Solomonic Storytelling + Area Lore Lab Total to seek or to scour one spirit, or inventing one summoning spell with one known True Name (or Seeked or Scoured spirit, or any way bonded spirit); if the spirit on any thing it's not any jinni... could use Sihr to make the summoning spell so?
Now i think that you say that not, thanks if the summoning art doesn't cover their type.
Edit:
I am making on NPC of sample, one Assassin, well exactly this Asassin: 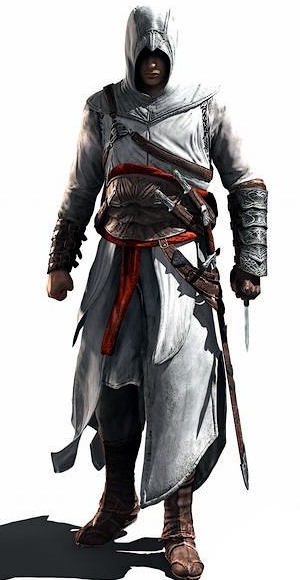 And admit that is then while i am witing all that i better understand how Solomonic Magic works...
And... Similar spell lab bonus are on the Solomonic Magic?

I'm not sure I'm fully getting your question, either. If it's easier for you, ask it in spanish and I'll translate it to english for you, if you want.

Here's my translation of Mario's question, trying to be as accurate as possible:

What I mean to say is this: imagine, for example, that a sahir learns a True Name, gets an Arcanne Connection os is given a bound spirit that's not a jinn; since the Total for creating a Summong Spell does not depend on Sihr but on Astrology (for example), he could learn it. But when he were to cast it he wouldn't be adding Sihr, so his Summoning Strength would always be very weak... Or maybe he could only use Solomonic Sihr because it works best with those spells, as the rulebook also states?

The same thing goes for Storytelling, where you can summon or trap other kinds of spirits. I would imagine they'd ideally be unintelligent elementals for binding. Or jinn that you're trying to bargain into servitude. But you can also use it to get their Name later on, or make the spell on the next Season, and so on.

That's why I'm saying that, as far as I understand, "Iberian" Sihr cannot be used that way because it doesn't work so well anymore, but that its mechanics work exactly the same, and it also works the same when used on its own (summoning jinn). I'm assuming it's also possible to assume that, since they work the same way, it doesn't work with other non-jinn spirits. But then Sihr does indeed have some harsh limitations... though it explains why you'd even want to accept members with infernal powers...