An Interesting Corner of 1850

I suspect the stock settings of FS in 1850 would tend to be either China itself (Canton, the Taiping Rebellion, maybe some court intrigue) or parts of the West (the colonial capitals, London and Paris most notably, maybe the California Gold Rush). Doubtless, enterprising GMs have picked up on other facets of the period, too.

But I just noticed another obscure (?) candidate on Wikipedia today: the Kongsi republics founded by Chinese diaspora (mostly Hakka and probably some Cantonese) on Borneo. They lasted from the late 18th to late 19th centuries and at the time in question were in on-and-off conflict with the Dutch East Indies government. On top of that, there were various local sultanates including that of Sarawak, ruled by British adventurer/Rajah James Brooke.

The most obvious FS angle would be to have the Guiding Hand cultivating the republics as agents in their conflict with the Ascended's colonial project. On top of that, the Jammers, Lotus, and Dragons might all see a liminal place like this as a prime spot to pick up some feng shui sites. Then there's the possibility of artifacts, either local or taken to Indonesia by Chinese migrants, that would serve as interesting MacGuffins.

In any case, I just thought I'd throw this out there as a potential source of inspiration. Make of it what you will.

P.S. There's a "History of Indonesia" sidebar on Wikipedia's "Kongsi republic" article with a lot more material to mine.

Very cool! I have a character in my game who's Italian, from Milan, so I looked up some of the history of Milan in 1850 and found there's a ton of history going on with basically the unification of Italy in that period. I still need to research it more but I feel like there's a bunch of opportunity there.

That's very interesting.
I'd like to give you a sympathetic help as Italian: here a map of Milan in 1832. Do you have it? 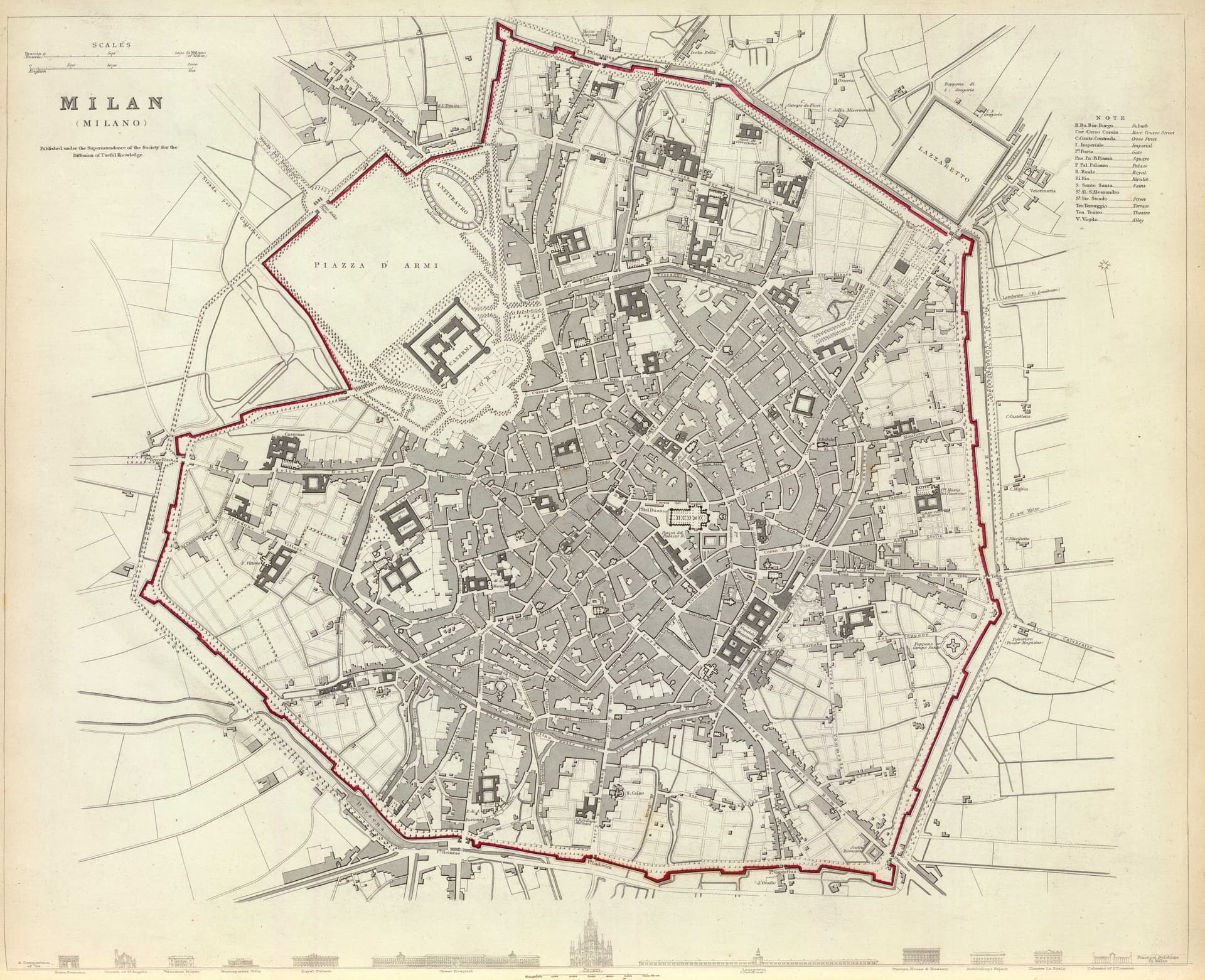 That is very cool! Grazie Marco!