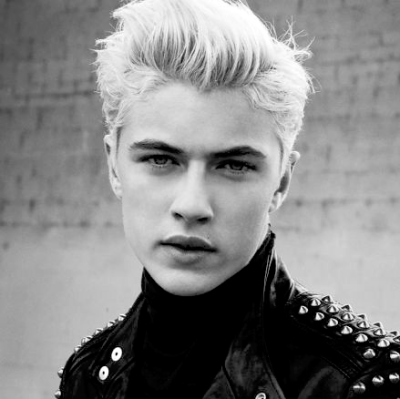 an ambitious and arrogant magus and goldsmith, determined to re-discover the inner mysteries that led to the creation of the fabled Rings of Verditius under the tutelage of Wayland Smith.

Let us begin creating the character and his background.

I'm taking notes on those initial chargen basics as I continue thinking about the background.

I want to stay in step with how you're thinking. I learned my lessons about taking it slow and steady.

Obviously, we need to generate a character shet at some point, but if you want to get there by discussing background first that is fine.

Argentius ex Verditius, an ambitious and arrogant magus and goldsmith, is determined to re-discover the inner mysteries that led to the creation of the fabled Rings of Verditius under the tutelage of Wayland Smith.

Parentage: The offspring of a Sidhe dalliance between a Sidhe father (not a high noble) with a daughter of the notable (possibly noble) Colagera family of Crete. The Sidhe father takes the boy child to Faerie.

Raised in his father's household, fostered to a dwarf goldsmith working in the household, sparking his initial interest and early talent with the craft. (1154 to 1160, Early Childhood + 1 year) Dwarf becomes a faerie friend because of the boy's fascination with the jeweler/smith craft.

Troubled by the boy's lack of understanding of the normal world, Faustinus arranges a tutor to educate the boy (like a grammar school experience)l for five years before starting his apprenticeship until age 11. (1161 - 1166) During this period, Faustinus also requires the boy to begin learning his craft as a jeweler/smith.

(Question: is this too much happening at one time? Or is it assumed for Verditius that they learn a particular craft during apprenticeship?)

A relatively well-respected and modestly high hubris member of House Verditius, Faustinus begins Argentius's apprenticeship when the boy turns 11. The delay is in part related to Faustinus's prideful desire to make sure he has an apprentice who will increase his glory and reputation.

Because of his strong faerie (Sidhe) blood, Argentius is uncommonly handsome and attractive, so much so that this has become something of a curse, garnering him unwanted attention.

Argentius is bright and talented, learning quickly and, in fact, proving to be an exemplary apprentice as his parens had hoped.

During his apprenticeship, Argentius learns of the legend of the rings of Verditius and becomes obsessed with the idea of pursuing the arcane knowledge to learn how to make rings of comparable power and prestige.

It would be extremely rare for a magus to wait 5 years to open an apprentice- it would make more sense for his Gift to develop late and either continue to be raised in faerie for more years or be given to a mundane family who rejected him and sold hi to his parens when his Gift developed. Generally, Verditius mages teach the craft they favor to their apprentices, or seek out apprentices already skilled in that craft, but do not take time to train them in the craft before opening. the simple reason for this is that an apprentice who has not been opened can be claimed by another magus, and the training you spent resources on then benefits someone else.

Restriction specifically applies to all use of magic, so you would not be able to cast any spells while hearing music.

Good feedback. I'll re-work the childhood to apprentice section. Few more years in Faerie before the Gift develops and he's bargained away to start the apprenticeship.

Do you think the restriction is "uncommon" enough or is it too common? Am I understanding it right (ArM 5e p 58) that it would also cause any items he enchants to also cease working in the presence of music? If that's the case, then I may re-think it. Extending it to enchanted items feels like a too strong for what I'm going for. I understand it's a major hermetic flaw but am also trying to understand the range of what uncommon means in this context.

I'm thinking here about something that bites a bit into his Pride, a weakness that frustrates him and that he likely tries to hide or minimize. , ie. "I just can't work when someone is whistling! I can't focus!"

One more question about the Craft ability. As I've poked around at the history of ring making outside of the ArM books, I run across references to goldsmiths, silversmiths, and jewelers. I'm trying to focus his crafting and enchanting largely to rings but also to broaches, necklaces, bracelets, etc. as an area of focus. How do recommend I handle the Craft piece? Is it Craft: Smith or Craft: Goldsmith? I'm trying not to limit his ability to work with silver or gold or other materials, but am trying to stay consistent with the period and with Mythic Europe convention. Thoughts?

I'd say it is about right for rarity- as an example "touching the earth directly" could mean being outside without shoes (easily avoided) as well as having been pushed over into the dirt (easily rectified, but not easily avoided). However the fact it impacts enchantments as well does make restriction a particularly hard flaw for verditious magi.

A little feedback, if I may. This may or may not be common place in most of the Order, but is actually a fairly good practice for a magi to do this, especially for something like grammar school, because if you start with a 5 year old kid, then you have to start teaching them latin for several years before teaching them actually useful stuff like the arts and magic theory. On the contrary, if they learn Latin prior to the opening of the arts, then you're able to teach them magic theory right after opening their arts, and you have a valuable apprentice for 15 years, instead of somebody who's barely able to assist for the first two or three years until he picks up Latin by exposure.

Also his background is located in Crete, which is in the Theban tribunal. Unless you make substantial change to the background of the game, in the Theban tribunal, waiting 5 years being schooled is actually a normal, standard operating practice, because it's illegal to open an apprentice's art after discovery - you have to turn him over to the tribunal, and he gets sent to be taught full time at Polyaigos until the next Tribunal period where several magi will try and convince him to be their apprentice. This means that a theban tribunal's pre-apprentice period's average length is four years, and can range from 0 to 8 years, depending on whether there's a grand tribunal that forces a shift in the date of the regular tribunal meetings. Depending on the length of time spent at that covenant, it wouldn't be that unusual to pick up an apprentice with a full knowledge of classical greek, artes liberales, some latin, and optionally some philosophae.

Ah, if he is in Thebes he would not have been sold to his parens, but would have been sold and sent to the school to train before being selected for apprenticeship- this could well be 5 years but could not exceed 6 (since selection is done every 7 years). it will also constrain the possible dates for his apprenticeship to have been begun or ended accordingly.
However it is only clear he was born in Crete- where he was sold is not specified.

I love you guys! So much knowledge and awesome thinking here!

My initial thought, not terribly informed I admit, was that Argentius was bargained to a magus by his faerie father in either payment for a favor or to create a favor.

I really like where you are going with this, though. Thanks @temprobe for sparking a relook at it.

@silveroak Are they any concerns with adapting the background to fit the Crete and Thebes tribunal portion?

That would be fine.

Quick Verditius question/confirmation as I revise the background:

As a newly gauntleted magus, Argentius has had no initiation into the Inner Mysteries, correct?

I believe this is something that would be sought out during the Journeyman phase of the Verditius journey but want to confirm.

Generally no, he would need Verditius lore to be further initiated, and possibly membership in a confraternity. Though parens have been known to further initiate their apprentices by as much as a single mystery- rarely. You need a Veditius lore of 3 to gain minor virtues and 5 for major, in addition to needing to follow the initiation scripts and find a mystagogue (obviously if your parens is a mystagogue this is easier)

I was mulling the idea that during the latter year or two of his apprenticeship The 18 year cycle of The Contest occurs and the parens takes the promising young apprentice to enter into the apprentice category. (HoH: MC p 116 references The Contest of 1018. Extrapolating from there, there would be contest in 1180. I could adjust his timeline to match.)

Argentius brings a particularly innovative ring and wins in the apprentice category (further fueling his hubris and pride). In lieu of choosing a single item from Contest entries, the bold prodigy begs a boon instead to be initiated into the minor house mystery: Verditius Elder Runes (chosen because of the lore that this inner mystery is associated closely with Wayland Smith and Argentius believes it might give him a step on his journey toward making legendary rings.)

If it's too much of a stretch, I'm good dropping the idea, but it felt reasonably consistent with the concept and the timing of The Contest was auspicious.

I like it. Make sure you take the minor flaw Hubris.

If I'm barking up the wrong tree, let me know. I've also thought about adding swapping it out for Cyclic Magic that is seasonal where the benefit occurs in Spring and Summer because of his Strong Faerie Blood connection to the Sidhe. Or possibly going down the Personal Vis Source path.

ps. I've taken a first stab at Characteristics, Abilities, and Arts but will wait to post those until your response to the above questions and my revision of the background and timeline.

Regarding Minor Magical Focus: Jewelry, as far as I know it should be fine. Such a focus will come into play when you cast or research spells that affect Jewelry, an equivalent to The Mystical Carpenter from Covenants. And it would also help when you try to enchant jewelry.

As another example, my proposed character has Minor Magical Focus: Legendary Creatures. She will get the benefit when researching or casting spells on such creatures, but also when binding such a creature as a Familiar, or when investing powers into the bond with such a creature.

Hubris is not a free flaw
craft:Jewelry is fine. it would mean you don't do some things a goldsmith would do like hammer out gold leaf, but I don't think that will be an issue for this character.
Jewelry is fine as a minor magical focus, it is not exclusively enchanting jewelry- you could create real (cr Te) or illusory (CrIm) jewelry with it, make changes to jewelry, craft jewelry with re craft magic, etc.