A friend of mine has started reading my Ars Magica books in preparation for a game, and he is the sort that reads literally all of the inspirational material for the games he runs. However, the Ars core book doesn't really have one of these lists, so I was hoping to ask about people's inspirational media for Ars Magica that they use.

Perhaps we can create our own list of inspirational media.

I'd recommend a combination of the knights of the round table, Robin Hood, Beowulf, Gilgamesh, the complete works of William Shakespeare, Edgar Allen Poe, the highwayman, Celtic folklore and faerie tales, Grimm's fairy tales, and the complete works of Hans Christian Anderson to start with.
I'd also recommend the movies Labyrinth and legend, as well as the play of Greensleeves.

History books - because Sometimes, Truth is Stranger Than Fiction.

Just about anything with a plot you enjoy can be used as inspiration.

I've read a few books that gave me some Ars magica feelings, here are a few :

The sad Tale of the Brothers Grossbart, by Jesse Bullington
Uprooted, by Naomi Novik, and also Spinning silver by the same author
A Song for Arbonne, by Guy Gavriel Kay

I also found a real gem not long ago, it's a compendium of oral medieval legends from the area where one of my campaign is set. The issue I found with published gaming material is that it often does not feel quite right, but with the stories in this book there is a real authenticity that is hard to fake.

We have an excellent podcasts for inspiration: Podcast news

Also, frankly, while the tribunal books are awesome, this is your expanded campaign setting: Year 1220 (MCCXX) was a leap year starting on Wednesday (link will display the full calendar) of the Julian calendar.

+1 for Dragonslayer, Kragenmoor was the second saga I was in. Started circa 900, figuring the movie was set circa 1100. Never finished due to me moving across the USA but we did have a couple of meetings with you-know-who in play.

The opening several minutes of Seventh Son of a Seventh Son (starring Jeff Bridges) just screamed Ars Magica to me on first viewing.

And, regardless of your feeling on modern settings for ArM, The Sorcerer's Apprentice with Nicholas Cage is really inspirational for spells. You can describe most spells in the movie by R/D/T parameters.

Now, if someone can explain to me how to do the Hungarian Mirror Trap in ArM rules, please do so!

I've been reading A World Lit Only by Fire: The Medieval Mind and the Renaissance - Portrait of an Age by William Manchester the last few months.

While something of an academic read of real world history, it's quite accessible and gives a really good feel for how people were living and thinking leading up to the Renaissance. I've found it to help me get in the frame of mind for the mundane society and politics of Mythic Europe.

Amazon.com: A World Lit Only by Fire: The Medieval Mind and the Renaissance - Portrait of an Age eBook : Manchester, William: Kindle Store

The Deryni series by Katherine Kurtz would have some parallels, I'm thinking.

Back in the '90ies, I actually spent a fair bit of time trawling the (then much smaller) internet for other people's sagas. Some of them wrote interesting stuff, others ... less so.

Some are collected here but not all.

As far as saga prep goes the book "The Time Traveller's Guide to Medieval England" by Ian Mortimer is pretty great. It's also quite an interesting read and very accessible.

It is only about England, and it covers a period a little after Ars (the next century). Nonetheless it's a great read for running games or playing characters in a medieval setting.

"Chaucer's People: Everyday Lives in Medieval England" by Liza Picard. Which examines everyday life in medieval England through the lens of the characters from the Canterbury Tales.

"Terry Jones' Medieval Lives" - quite funny and debunks a lot of common misconceptions. Not exactly a work of scholarly rigour though and has some factual errors.

"Everyday Life in Medieval London: From the Anglo-Saxons to the Tudors" by Toni Mount. Good for an example of life in towns and cities. Not as entertaining as some of the others here, but informative.

"In the Reign of King John: A Year in the Life of Plantagenet England" by Dan Jones. Great for Stonehenge sagas (can you tell I play in one lol?) because it's both quite comprehensive and covers the period immediately before the start of a 1220 saga (the "year in the life" is 1215, specifically)

I also second The Time Traveller's Guide to Medieval England by Ian Mortimer.

The Yurt series (books 1 to 5) by C. Dale Brittain

Kedrigan Series by John Morressy (book 1 is Voice for Princess)

If you have trouble finding copies let me know via PM and I'll help you out.

I think this has already been mentioned, but here it is on Project Gutenberg: 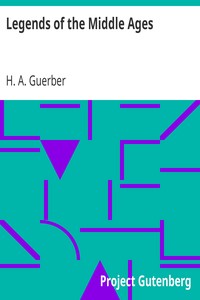 Legends of the Middle Ages by H. A. Guerber


(Myths and Legends of the Middle Ages by H. A. Guerber)

Also, Judith Tarr's Hound and Falcon series (a long-lived Faerie changeling grows up as a novice in a monastery but finds love as he journeys across Crusader Europe and the Holy Land) and especially her Ars Magica novella (The story of Gilbert of Aurilac becoming the mythically magical Pope Sylvester, it has a nice view of Al Andalus)

Also, Baudolino (an unreliable narrator travels from Mythic Europe off the edges of the map and back again) and Name of the Rose (a detective story in a very strict monastery) by Umberto Eco. The movie is pretty good, because it has William "Looseleaf Harper" Hickey as Ubertino of Casale, a real historical figure (1260s to 1300s).

I find this artist inspirational for magic and faerie auras and regios:
The natural artworks of Andy Goldsworthy🍁

While a bit later in time (starts with the execution of Jaques de Molay and the dissolution of the Templars) and is also not fantasy, Druon’s The Accursed Kings series is good and got me wanting to play Ars again when I read the first few a few years back.