Reigniting the Light
Winter 1230, start of the New Year and start of Game! 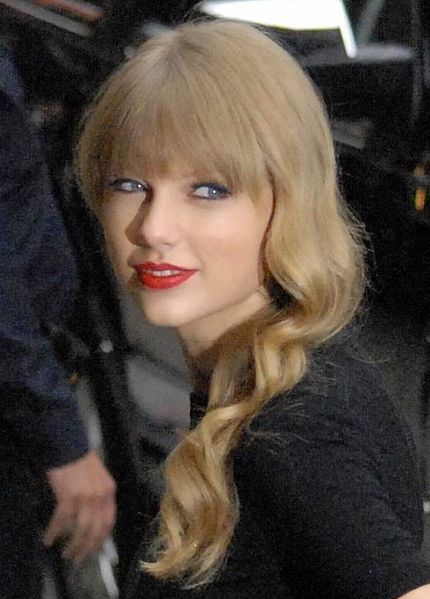 Description: five-foot-four-inches tall; very long blond hair (mostly straight, slightly curled up at the ends, bangs); pouty lips and scowling blue eyes (she looks more like her mother but her personality takes after her father); common outfit is masculine attire that looks very feminine (tight black leather breeches, white blousy silk shirt, black vest, knee high boots, optional cloak), or a nice dress (she owns several and borrows stuff from her mom all the time)
[b]Chronology: Parents first meet in 1184, Conceived in 1186, Born March 15th 1187 in Barcelona, Brought to Andorra as an infant a month later, grows up in Andorra but travels to visit mother in Barcelona often (even still to this day), Apprenticed in 1194 at age 7, Gauntlet in 1209 at age 22, invents a Vanity Longevity Ritual at age 23, becomes a Warden of the Antares in 1212 at age 26, participates in Troll Wars in 1213, Returns home six years later, made Warden of the Pyrenees and a full member of Andorra in 1219 at age 32, participated in many adventures with covenant mates, made a Lady of Seneca in 1223, Transformed by Magic Realm in 1224, takes a leave of absence to wander Iberia with a few companions in 1225 at age 38, returns home to stay in 1229 and discovers the covenant had been ransacked and everyone dead or missing, and her father gone; she called the remaining magi home to form a new council and rebuild. all kinds of stuff happens in 1230, then some other stuff then it is now Winter 1236, start of the year.
Lineage of Carmen
Delendar, Flambeau, Delendos, Julius, Vancasitium, Francisco, Coronado, Antonio, Carmen

[tab][/tab]Golda Benveniste was born in Barcelona in 1168 to a prominent Sephardim family from Barcelona’s Jewish Quarter. They had privilege and influence, though they were still somewhat ostracized for their religion. Golda received a good education in Hebrew and a smattering of other studies. When she was seven, her Aunt Nacy (who was also her nanny) began teaching her the way of Jewish Folk Magic. When she was thirteen, she was married off to her father’s business partner, a man twice her age named Edwardo Portella. Things weren’t bad at first, except that he was often busy and neglected her attention. She started her cavorting ways around then, frequenting taverns and wine houses of the city. When she was sixteen she met Antonio and began the love affair that would influence the rest of her life. One day, after arguing with her husband and staying out all night, he became so enraged that he had struck her several times. Soon thereafter, Antonio took the man aside for a private chat that resulted in a few broken fingers and a tearful apology, plus an agreement to grant a divorce and pay back the dowry. She was seventeen at this time, and her aunt and teacher concluded that Golda had grown to become a full woman and her training was complete.
[tab][/tab]She spends some time living the liberated life, cavorting and parting more, taking on several discrete lovers; including Antonio Perez of Flambeau. She discovers she is pregnant and seeks help from her aunt, who helps deliver the child. The baby girl was obviously magical, eyes crackling with lightning, and auntie’s divinations revealed the true father. Before she is even a year old, baby Carmen is brought to her father Antonio to be raised in Andorra. There is a brief reunion, but after a major fight with his wife Maria she thinks it is best to leave for a while. She returns to Barcelona and her Kitchen (a secluded chateau with a Magic Aura of 3 in the basement). Then she brews herself a Longevity Potion to stay young looking and prevent further unexpected pregnancy.
[tab][/tab]Returning to Barcelona, she carries on with her life like nothing ever happened. Yet all the socializing and elite parties cannot erase the pain and shame she feels deep inside. It is not long before she remarries, a Jewish merchant in Barcelona named George Bargelone,and for a while she is happy. She still maintains her Kitchen in the secluded chateau, where she occasionally brews potions and crafts Amulets for Antonio & Carmen (he occasionally visits bringing Carmen). She attends (and throws) a lot of parties, and attends many events with her husband as arm candy. Times are good and they have fun, but they never develop close intimacy. The years of social society elite and the privileges of being a rich mans wife come to an abrupt end when her husband dies in 1197.
[tab][/tab]Golda spends the next few years in a haze, a reclusive socialite that makes rare dramatic appearances. She turns inward to study, arcane and academic, and finds herself becoming ever more bleak and alone. Then Antonio comes back in her life once again and sweeps her off her feet. He makes her an offer she cannot refuse; a chateau in Valnord where she’ll get to raise Carmen and where they can have time together away from those who would keep them apart and interfere with their life. It is a chance to start over. She takes it.
[tab][/tab]The next ten years in ValNord are peaceful and pleasant, the happiest of Golda’s life, She watched her daughter grow wise and powerful, and enjoys quality time with Carmen and Antonio. She becomes knows as his consort in Hermetic circles, and she winds up joining him on a few adventures. But here is also much time she spends alone at ValNord, as Carmen reaches the end of her training and Antonio becomes ever more involved in Hermetic Politics. After Carmen’s Gauntlet, she takes her daughter to visit Barcelona. Much had changed et much remained the same. But so much had changed, and so had she (though her appearance had not). She expressed her desire to return home and start a new identity in Barcelona, for there was so many exciting things happening. As a gift, out of his love and gratitude, Antonio set Golda up to be very Wealthy.
[tab][/tab]Upon returning to Barcelona, she takes up the social life again with a new identity and renewed zeal. She makes many new contacts and establishes new reputations, setting up her first psychic parlor and taking on some very prestigious clients. When she meets Fredrique, the two quickly become the best of friends. She tries to help him with his ailing business but he is often persecuted for cultural reasons. Golda convinces Frederique to open in a new location, and goes into business with him as owners of the Gold Gryphon Club. She sets up a new Parlor and Kitchen there (Magic Aura 3), and they soon attract the most unique and alternative (and wealthy) clients in the city. Frederique is so in love with Golda that, despite his alternative sexual preferences (he is homosexual), he asks Golda to marry him. She agrees, knowing full well the arrangement and having her own freedoms as part of it.
[tab][/tab]The newlywed couple has happiness and prosperity, and an anachronistic alternative lifestyle. There is no need to discuss it further unless you are truly that interested then they are glad to share. But only with the right people. Frederique is the one with the Dark Secret. Strange things often occur at the Gold Gryphon and many an odd tale begins there. Carmen learns herself when she visits and (strange adventures ensue).