Renatus Bjornaer
Pater Ymbert Bjornaer
Background:Gustavo was born in the south-eastern Spain (in the actual province of Huelva). His parents were simple fishermen working around the Doñana wetlands. He spent his early childhood in this small fishermen's village playing around with kids in the countryside. He only went occasionally to Seville.

Later when his gift awakened he was given tasks that made him spend most of the day outside the village and even occasionally spend the night outside, investigating for new fishing site for example. This is during one of those time that he was discovered by a Bjornaer magus with a swan heartbeast named Ymbert who was keeping this almost untouched region under surveillance.

He began to make a contact with the child slowly explaining him why his family and friends were suddenly distant and how he would be part of a new community of people that, like him, had the ability to perform magic. After a few months and several encounters, the boy joined the his master and left his family leaving evidence of a fake drowning. He spent his first two years in the local sept being taught Latin by the different magus before his arts were opened.
His master taught him magic theory first and taught him the techniques he mastered the most, that is Creo and Muto. This was still during his sleeping years and he wasn't given a lot of choice in his teaching. Everything changed during the gathering of the twelve when he turned into a glossy Ibis for the first time.

Something probably went wrong during the ritual and his gift became unbalanced, he could no longer work magic while in human form but in compensation, while in Ibis form his magic was more controlled and more attuned to that of her heartbeast. He also discovered during this gathering that his master didn't exactly had the best reputation, even among Bjornaer his methods were considered very brutal while dealing with nature defilers. Even If it was never proved, many believe that he cold- bloodedly murdered settlers in an untamed forest a few league from his covenant.

Now a full member in the eyes of the Bjornaer he took the name Renatus. He still had 5 years to go before he could swear his oath. His master felt responsible for what happened in the gathering and helped him the best he could to adapt to his new status. This included teaching him the voice od Bjornaer magus and making sure he was enough trained to be able to cast It reliably. Indeed after the gathering he's spent most of his time as a wading bird, and felt the urge to be near bodies of water and to fly, feeling the wind under his wings. After a few seasons, they become his favorite forms.

His pater also helped him to master the new control he had over his spells, they seemed to last longer, very rarely botch and he could now cancel them at will.
The incident causes sympathy from the prima, who's also an aquam specialist, she sent him the copies of two spells she devised for herself when she heard he was studying a lot of aquam too.

When his 15 years of learning were finished, he swore the Oath and decided to seize the opportunity of the invitation to Fengheld to move to the tribunal of the Rhine where he will try to expand the ruling on the forest to other untamed land that deserve It Personal possessions: nothing yet (flying to the covenant...)

[*] 8xp in German from half season with grog while harvesting 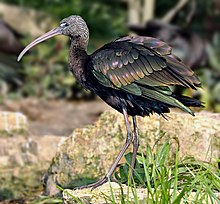