My Most Recent Language Table Update

Oh, shoot! The formatting got butchered. I'll try to fix it. Darn, I can't fix it easily. Look here:

So looking at this, Latin itself has a -3 penalty to all other Languages?

Doesn't it say -4 to almost all the other Romance languages? I think I may have gotten that -4 from the books, or maybe the -3s with a comment about those being notably closer to it.

It has across the top:

Look at the list at the bottom for the adjustments. I've got some languages in the table that need to be noted on the list below; it's not quite as up to date as the table. But I'm pretty sure it says -4 to most of them.

I had to compromise. If I wanted to create a table like I did, I was going to need some special cases to be noted. Otherwise I'd be taking the approach of the books, which is nearly entirely special cases, and I wanted to avoid that.

I missed the notes at the bottom, thank you for pointing those out!

@callen - Hypothetical question for you... Were you to put modern English in this chart, what penalties would you give it to various medieval languages?

Ugh. I don't know. I'm no linguist. I've just put in my time searching for what I can about these languages around the 12th through 14th centuries. I haven't put any time into relating them to modern languages. From what I see in a really quick search, changes from Middle English to Modern English weren't so substantive, more about pronunciation and spelling, but if you look at the development of Middle English since Old English, we're only 40% of the way from Old English to Modern English at the ArM5 time. My quick guess would be that much of the Latin-rooted stuff continues to be added, making English drift further from the other Germanic languages. I fully expect someone else could speak to this far better than I can.

@callen Thank you for the quick answer. I've found lists like this, with the US foreign service rating how long it takes to someone to acquire a useful command of the language.

My own experience with learning Spanish is that it is actually much easier to learn than my awful experiences with French in elementary and middle school... Or how I spent 7 years doing Japanese (grade 5 to 11) and barely had any command of the language at all by the end of it.

That's a great list. It does show, with that mix of things like Dutch and Danish alongside French and Spanish, the heavy Romance influence on English starting a millennium ago. I've heard people saying they think English is a Romance language. I'm a little surprised German is rated noticeably harder than Spanish, as there are many German phrases that are so recognizable from English, but that may also have to do with the frequency at which Americans are exposed to Spanish than with issues language similarity. Americans see so much Spanish in signs, hear it spoken, etc., even if you're not in Puerto Rico. The amount certainly varies significantly depending on where you are; where I grew up we had a few signs in French and nothing in Spanish, but that was a while ago, too, and not really that far from Montreal. Due to this issue, I would be cautious using this list of times for checking how similar languages are. Maybe the same list from Australia or another English-speaking country might be notably different based on their non-English exposure?

That difficulty with French and easier time with Spanish has much to do with where you grew up at in the US. I am from central Louisiana where Cajun French was still the primary language for most of the older population during my childhood and teen years. French to me is pretty easy while Spanish is a pain.

I pick up things spoken in French pretty easily, though can get confused due to the differences from Cajun French. Written French makes almost no sense to me however, being extremely different from Cajun French. Cajun French is written phonetically without silent letters.

So I'm looking into including the several dead languages or mythical languages used in various books. I think I'm good on Pictish, Soqotri, Scythian, and the ones in LotN. I already have Avestan. Amazonian is covered well in RM.

Surprisingly, the one that I found most confusing is for the Viktir. "Old Norse," huh? "Old Norse" is the current Norse. But looking at a sample character, they've listed both Norse and Old Norse and known languages. (Forget for a moment that this Norse disagrees with the canonical listings, which have separated it into a couple languages. I have as well since this is roughly the time when they can be considered to split enough, and games tend to move forward in time so I err toward 1250ish more than 1200ish when I knowingly have to fudge things.) I believe the intent is "old" compared to 1200, so Ancient Nordic or Proto-Norse or whatever you want to call it, using Elder Futhark script. Does that seem right to others?

You are correct in that the language we call "Old Norse" today is the modern "Norse" in game terms. So treating "Old Norse" in game as a proto-norse tongue is an acceptable choice. You should consider that the Norse tongue of the time had mostly transitioned to Latin script supplemented by Medieval Runes/Futhork.

In game terms Younger Futhark, Anglo-Saxon Runes, and Marcomannic Runes are actually in an odd man out position since they were transitional script between the in game Dead Language: Old Norse/Elder Futhark and in game Living Language: Norse/Latin & Medieval Runes combinations of languages/scripts. Though it is possible that AM treats all of them (the Rune scripts after Elder Futhark) as a combination, using the name "Younger Futhark" for Medieval Runes/Futhork and treating all of them as one to simplify things.

Edit: Forgot to add my thought that "Jotun" does very much seem to be a dialect of Proto-Norse (in game Old Norse).

Jotun" does very much seem to be a dialect of Proto-Norse (in game Old Norse).

I think it makes for better world building that Jotun would be some form of Finnic language, making the giants of the Norse mythology the giants of Finnish/Estonian mythology. That the two mythologies have some form of contact makes for a more closely knit together world. Especially since the Estonians (especially those from Saaremaa) were active in Sweden and worked as Vikings and Mercenaries in Scandinavian armies.

I don't disagree with the contact in the mythology. But this could go either way, right? If they're the same, they could speak a Norse or a Finnish variant, right?

What I would ask is: is this is consistent with Rival Magic? There is a whole box filled with Jotun terminology and pronunciation on page 77, and it specifies these are Old Norse terms.

I'm not personally against it. But my first question brings up the point whether the choice is even necessary for this, while my second question digs into what is actually stated in RM. If there is nothing pushing it one way or the other outside of that box stating these Jotun terms are Old Norse terms, I feel that box tells us which way canon leans.

The Great Vowel Shift was a series of changes in the pronunciation of the English language that took place primarily between 1400 and 1700, beginning in southern England and today having influenced effectively all dialects of English. Through this vowel shift, the pronunciation of all Middle English long vowels was changed. Some consonant sounds changed as well, particularly those that became silent; the term Great Vowel Shift is sometimes used to include these consonant changes. English spell...

Here are the opening lines of Beowulf in Old English 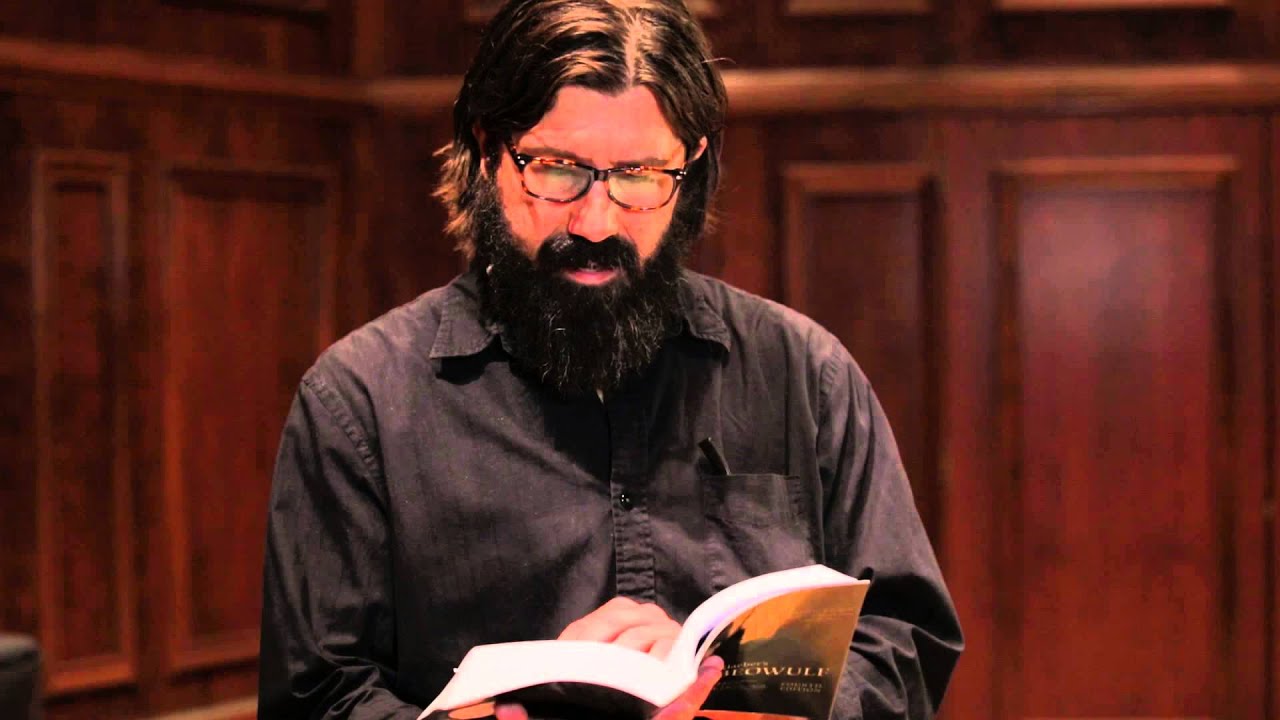 Here are two videos of someone speaking Old English and people trying to understand it. 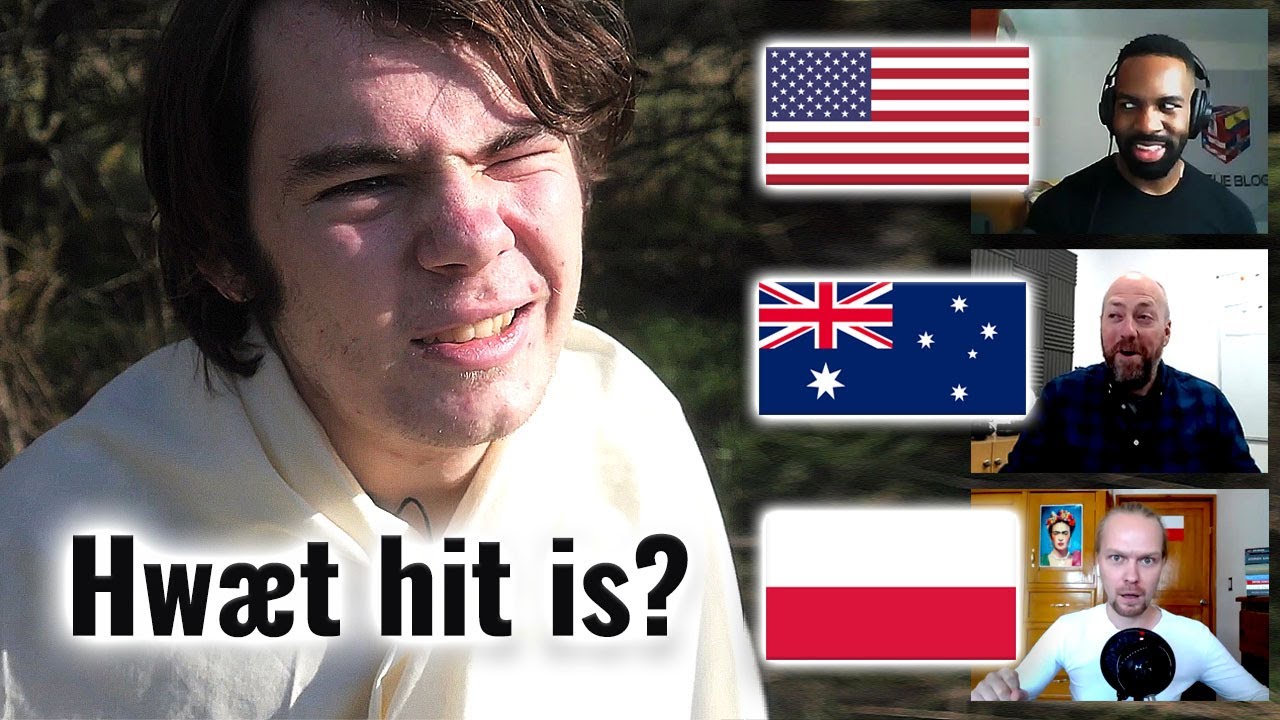 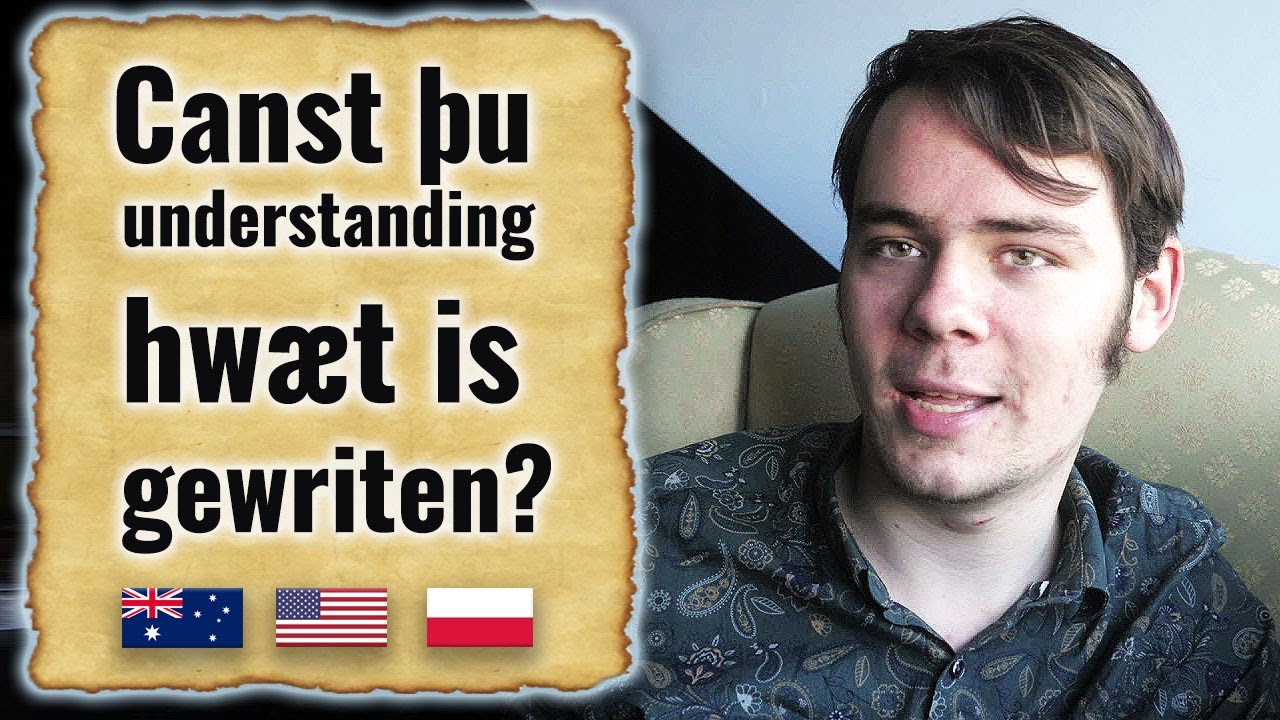 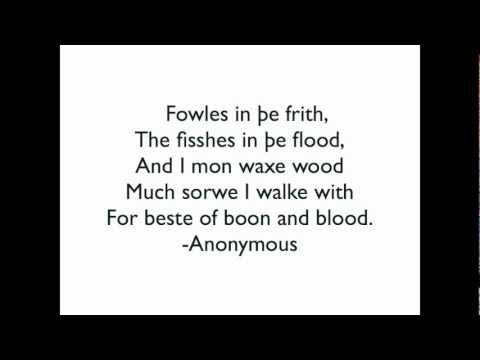 Here is a breakdown on speaking Middle English vs Modern English, which talks about the Great Vowel Shift. 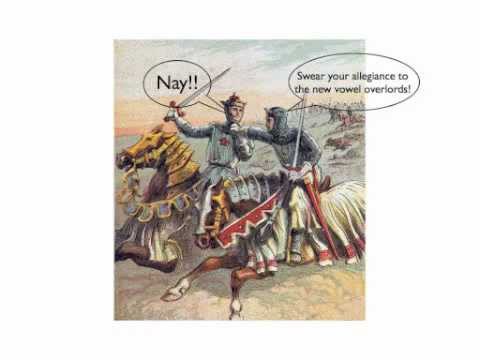 Woah, that was fun thank you!

But this could go either way, right? If they're the same, they could speak a Norse or a Finnish variant, right?

There are 2 ways to go:
Either keep the two pantheons totally separate, which is fair, and have the Jotun speak some proto-Germanic language. The translation of Jotun as giants is criticised by modern specialists (most accessible, Jackson Crawford, who posts great content on Norse myths on Youtube). The Finnic Pantheon does have its own gods with Ukko/Uku as sky god, who is not Thor. So keeping them separate is probably the most supported by the literature but it is also a missed opportunity from the narative point of view.
Or don't.

There is a whole box filled with Jotun terminology and pronunciation on page 77, and it specifies these are Old Norse terms.

I waited to answer until I could read that box. The fact that Scandinavian practitioners use a Norse language to express the terminology is unsurprising, but not conclusive that the Jotun are Germanic speakers. Two possible explanations: considering that the Fae have the faerie language the Jotun could have something similar that lets them speak Ur-lanaguges or that they learned Lod Norse at some point and simply can't be bothered to put in new XP in languages, so the Scandinavian Muspelli must deal with it, whereas a Finnic Muspelli could speak in Finnic dialects.

Edit: a comparison comes to mind: If the Catholic Church uses latin Terminology, does this mean that God, the Angels and the Saints are latin speakers?