[Please, use the other thread to comment on the covenant. thanks]

Real world equivalent of Triamore is the village of Givet and its castle of Charlemont on the hill by the Mosa river. We are keeping the map of Bois the haillot as it is for Givet. 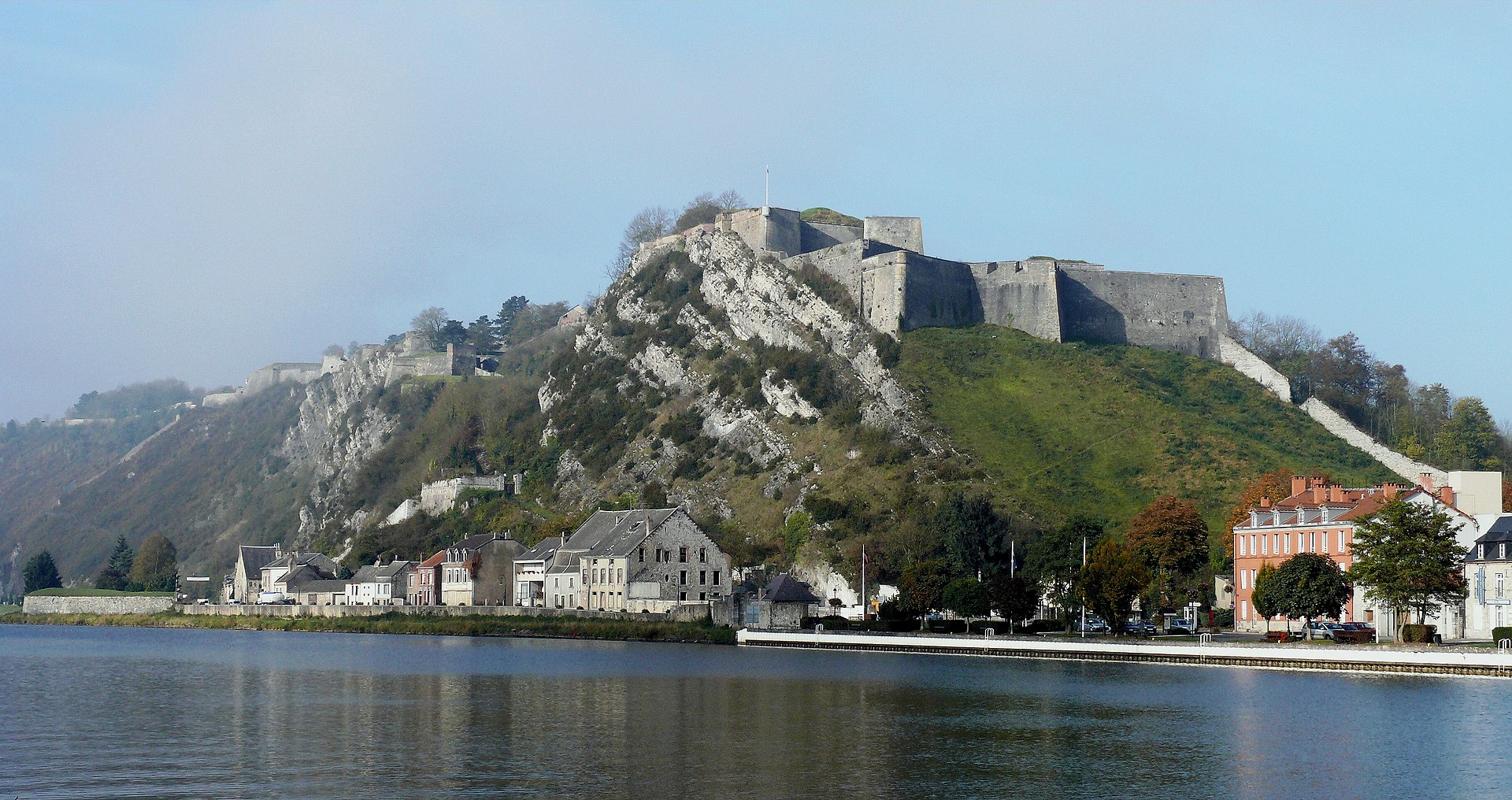 The covenant of Triamore follows the basic parameters found in the ArM4 source book. The main differences are as follows.

In 1120 – 1139 Count Lucien built the castle of Triamore (“3 loves”, in reference to his love of the Holy Trinity) as the keystone of his project to build a new duchy between Lower and Upper Lorraine. The castle started being called Lucien's Folly after he bankrupted himself with the project. The moniker stuck. The counties of Namur, Hainaut, Luxembourg and Chiny soon vied for the control of the derelict property; Lucien was working in newly carved land he had claimed from the Ardennes forest and property of the new village was not clear cut.

Triamore is located in the easiest approach from Luxembourg and Chiny to Namur; It is the keystone to the control of Namur and southern Brabant. Since the Emperors prefer a fluid situation in the area to avoid the creation of a strong power block, the Holy roman Emperor made things difficult for everybody by putting Triamore, the castle that controls the easiest approach to Namur in the hands of an independent party.

The Stauffen kaisers took control of the village that had sprung near the castle and granted the half-finished fortress as an Imperial immediacy to magi from the Order of Hermes, under the provision that it wouldn't be finished. The magi were seen as a neutral go between with no territorial interests in the region. With its ups and downs, the arrangement has been in place for many years. Both Namur and Luxembourg want control of Triamore in order to secure their border (Namur) or take control of Namur (Luxembourg) and ensure that no dangeorus party is left in their rear if they attack Namur or Brabant.

As an Imperial immediacy ( Reichsfreiheit or Reichsunmittelbarkeit , adjectives reichsfrei, reichsunmittelbar ), Triamore enjoys a privileged feudal and political status within the Holy Roman Empire. An immediate territory is under the direct authority of the Holy Roman Emperor and the Imperial Diet, without any intermediary Liege lord. An immediate region like Triamore has the right to collect taxes and tolls itself, and hold juridical rights (including the Blutgericht, 'high' justice including capital punishment) itself. De facto immediacy corresponded to a semi-independence with a far-reaching autonomy. The only chink in the status is the fact that Triamore still owes agricultural taxes to Namur as a compromise made when the Immediacy was awarded to Lucien’s Folly.

The original members of the Augustan Brotherhood and Elementalists that moved to Triamore merged with a local brand of folk witches and cunning folk to form a loose coven. The main feature of the covenant is its strong central location, but some members have always lived spread through the area.

Lucien’s Folly has an oval shape (about 150m N to S x 80m E to W) [The map in the book is actually upside down; the barbican is in the south and the keep in the north]. Some of the outer walls are virtually non-existent, and the massive keep has never raised to its planned full height. The southwest is defined by an impressive gatehouse housing the men at arms and some other covenfolk. This barbican is the main entry from the village of Bois de Haillot. The southeast corner is a large tower named Ulisterius tower, which houses Remi's sanctum.

There is a stable leaning against the western wall. Its upper floor might be used as a sanctum (Cortini the stablemaster wouldn't mind moving into the keep).

The Keep is the largest building. It is situated in the north-eastern part of the oval that makes up Triamore. The ground floor consists of a council chamber, a solar, the foyer the renowned library, and the Great Hall. The second floor contains Daria's sanctum, the steward quarters and just enough room for two more (cramped) sancti. The first and second basement level is where the servants operate and most goods are stored. There is also a little-used dungeon. There is a third basement level that belonged to one of the members of the covenant, an Architect, but nobody wants to venture there. If pressed, the servants will whisper about something that lives down there that kills anyone foolish enough to enter (there seems to have been such an incident just two or three years ago).

Triamore’s library is one of the best non-religious libraries in western Europe. It is centered in mundane topics. Triamore contains some books that could be considered supernatural by some traditions, like 2 copies of the Aeneid, some books on spirits and stuff that reads like gibberish to the untrained, but that to a Gifted character look like initiation scripts into secrets of the forests or supernatural traditions. As with other libraries and covens, supernatural texts are still strange, even if Triamore has initiation texts for a few supernatural abilities. Most of them are not in the library per se but are in the custody of Remi or other members of his small coven. However, most books are on area lores, supernatural lores, organization lores, professions and some on crafts. Histories, bestiaries, lives of saints and area lores of the German territories are especially prominent. Falconry and horse breeding also have extensive texts.

Triamore and its surrounding forested hill have a weak magic aura (+3). The Ardennes also start as an weak aura (+3), but it raises fast as you enter the deeper forest.

Enchantments . Triamore has several enchantments and magic items, even if a few are not obvious at first sight.