For this November I'm going to try and do "30 Days of Mystery Cult Content". The idea is to look at 3 or 4 cults and for each of them write up:

I hope this will be useful in letting people have an "out of the box" starting point for using a mystery cult in their game without too much up front effort.

The big question is: which cults to look at? What's your personal favourite? And are there any I've overlooked?

Same as Tellus, not necessarily my favorites, just those I'd like to see more material for.

I had to change my vote in order to second this - but I did.

I really want to see someone's take on Dream magic. I once played a Bjornaer of house Maruhs who wanted to learn Dream magic, and never got the chance to be initiated, and it still annoys me six years on.

Oh, I also like the way that the hedge traditions in HMRE use initiations, so any more examples for Folk Witches, Gruagachan, Learned Magicians etc. would be useful.

So I like the Basque black Madonna mystery cult, even though they are set up to be antagonists...

I adore the idea behind the "Huntress in the Wood". A Pagan Cult devoted to Diana with the aim of reforming the Order of Hermes along the lines of nature magic; starting with the Elder Guild and House Merinita.

Two things about it really distinguish this one in my eyes:

First; they are secretly controlled by the Exsules, a group of "non-hermetic" Magi who also got Parma. OG Merinitas who said "screw the Order" and kept this grudge/fight going for centuries, all the while successfully avoiding detection by the Order.

Second; their modus operandi. They're literally creating a GOD which they intend to control and unleash upon the Order. How metal is that!? Daimons are pretty damn hard to fight against!

So I voted for cults from the mystery book, but yes, I agree that the Titanoi would be awesome to read on.

Thanks for the responses everyone, I'll see how much I can get done by the end of November but the priorities will be (from highest to lowest):

I'm only aiming to cover the top 3 initially, but I might continue it as a longer project afterwards and look at some of the other cults.

So I tried to check out thew results, and I think that the display is not working for me. I only see half the wheel with lots of stuff hidden to the side, like the image is displaying full size but the set width of the forum hides the right side of the image.
Anyone else having this issue?

I'm getting the same, I assume it's an issue related to restoring the forum backup. Unfortunately it seems stuck in that stretched pie chart format even if I change the chart type (e.g. to "bar").

I got the same. I tried copy image, and was able to copy a full pie chart to a document, but the copy doesn't have the labels - it only labels the one you are hovering over.

I tried copy image, and was able to copy a full pie chart to a document, but the copy doesn't have the labels

Exactly the same here, I just ended up with a wheel of blues/black/greys in paint...

I've started posting content over on the post-a-day subforum.

Can't see the results, but I know that my answer is the correct one. Down with Mystery Cults, information wants to be free! Angry Bonisagus Noises

Ignoring for a moment that the Bonisagus concept of free information is that it’s in a library they have premier access to and not necessarily anywhere else….. 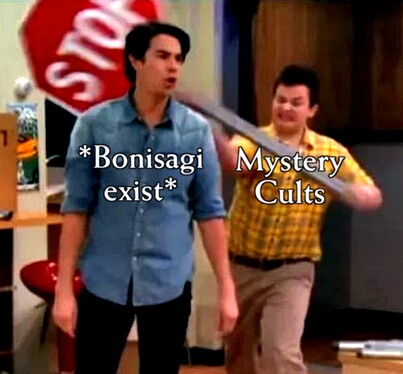