My friends and I recently began a campaign set in the Rhine Tribunal, and as the group's designated artist, I drew some artwork of the player characters!

My character Lilium is a half-faerie maga who grew up among the dryads and woodwives of Walpurga's court in the Harz Mountains. She can speak to animals, both magical and mundane, and she has no problem at all just cavorting around in the wilderness for months at a time. Lilium is a member of House Merinita, but she views herself as a faerie who is interested in studying humans, rather than a human who is interested in studying faeries. Compassionate to a fault, she has a habit of 'adopting' (AKA stealing) mundane children who are being abused or severely neglected by their families. Next is Fatin, a Muslim maga who was born in the Levant. After her magical Gift was discovered, she was sent to the Rhineland to study with a relative. Fatin has an aptitude for learning languages and is a vivacious storyteller. Her extensive travels have exposed her to many different beliefs, and as a result, she is very tolerant of other worldviews and lifestyles. At 6 feet tall, Fatin is a larger-than-life figure, and she unwittingly attracted the (unwanted) attention of a jinni paramour. As a member of House Merinita, she is looking for a way to banish her supernatural stalker so she can get back to living her life on her own terms. Thaeyrin is an elementalist magus of Irish origin. Although he belongs to House Ex Miscellanea, he's a driven researcher and inventor in the tradition of Bonisagus. Bookish and antisocial, he's completely obsessed with Aristotle's elusive fifth element — the æther. His primary goal in life is to incorporate the æther into Hermetic theory, although he occasionally makes time for Tribunal politics. Thaeyrin is happily married to an Irish expat named Christiona; he locks himself in his lab all day to study, and she locks herself in her studio all day to paint. Truly, a match made in heaven... 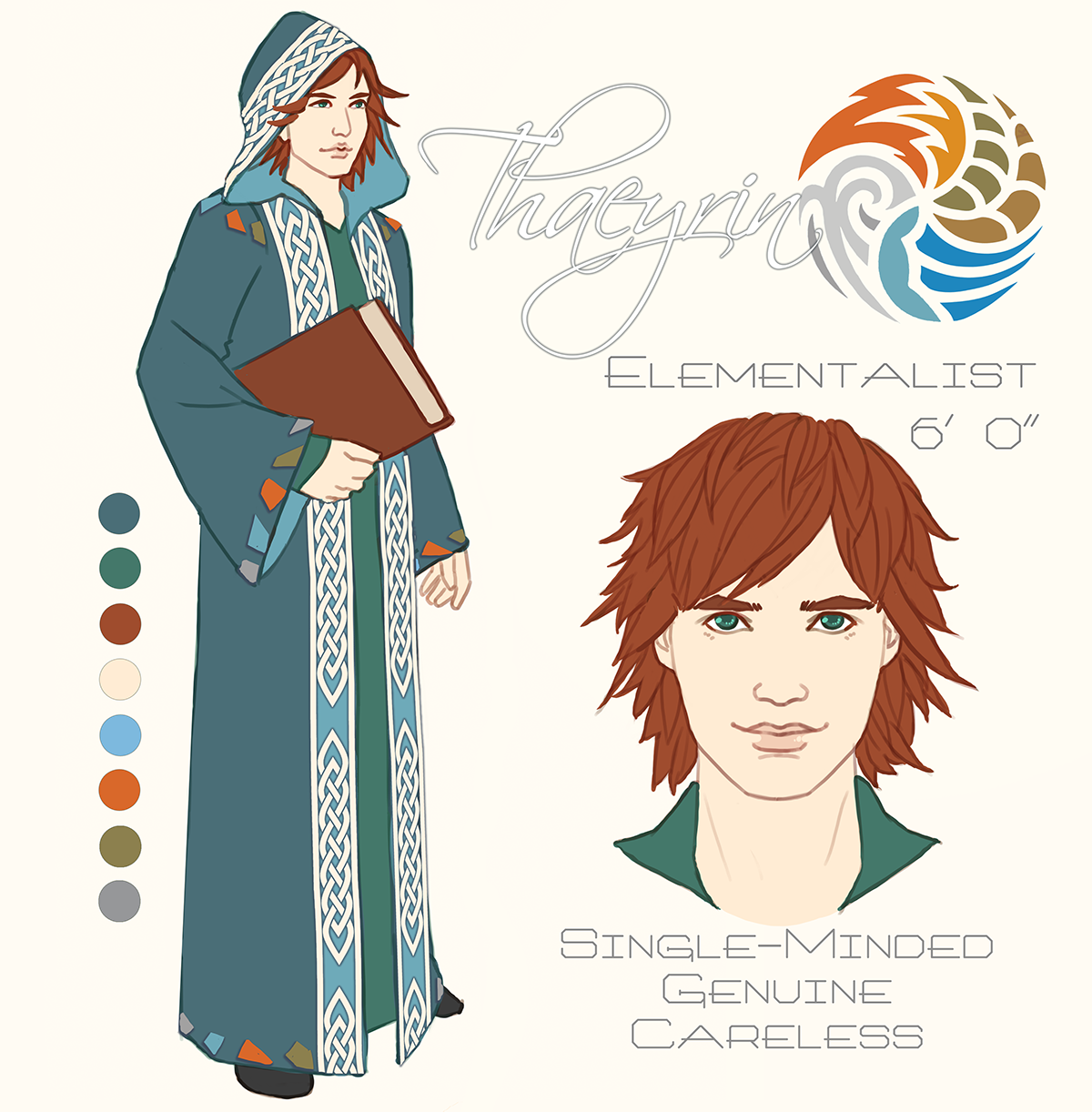 Finally, we have Matthias, a Criamon with a dark secret. His childhood was filled with strife, thanks to the influence of his Gift and his natural immunity to fire. Members of his rural community (including his own father) suspected that he was possessed by demons, and they ostracized him. At the age of 7, he was kidnapped by one of the last surviving practitioners of Diedne magic. Although Matthias was trained as a Diedne, he is wholly committed to the cause of House Criamon. A Muto specialist, his magic is attuned to the concept of change; his tattoos frequently roam around his body, and he is fond of shapeshifting into wolf form. Like Lilium, Matthias is a vegetarian, and he seeks harmony and nonviolence in all of his endeavors. 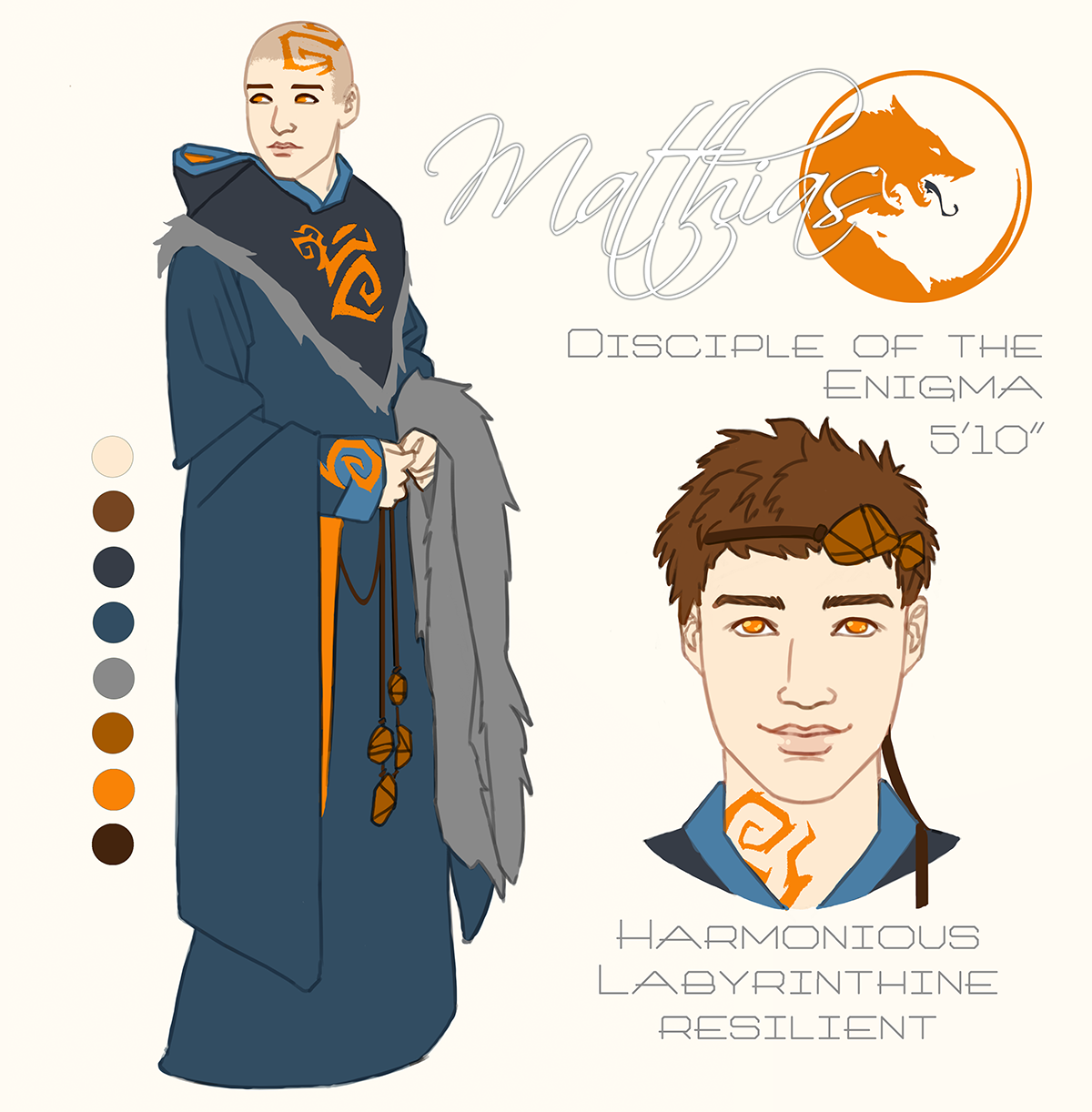 Does anyone else create (or purchase) art for their campaign? If you do, please share it! I'd love to see your characters

Here are a couple more drawings I've done of Lilium! 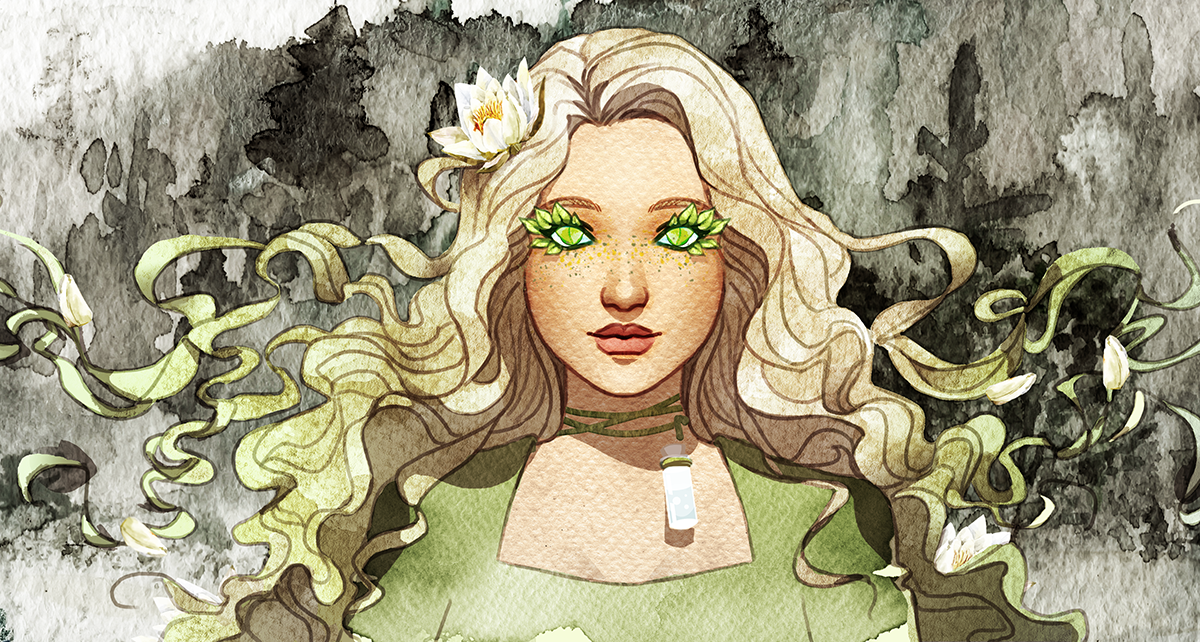 Welcome to the forum. I enjoyed your pics on r/arsmagica too.

I have absolutely no talent for drawing, so I just use heroforge to make character. One of the players in our campaign uses Table Top Simulator to keep an up to date map of the Covenant with the grogs' houses and the lab buildings.

I can dig through some of my stored character sheets, one of my players made some art of his PC. But otherwise, no, I've rarely had someone artistic enough in my games to make art of their characters. Certainly not me!

I try every once in a while ... and every time I am disappointed with the result.

I've done art of my own Ars Magica character but these are extremely wonderful!

These pictures are amazing. I use images, but I just search Google and use photos/drawings/whatever I find that works. Sometimes I edit them or make composite images in an amateur way (overlaying png files and using the art effects in powerpoint).

On a related note, I think images are particularly potent at conveying atmosphere and giving players a good sense of a place, person, or object. Sometimes there can be interesting details or subtle clues in the image - what is the amulet that person is wearing? Is that some kind of rune marked on that rock?

Especially while playing over video call during lockdown, I feel the ability to share images of scenes and characters has been a real boon to my story-guiding.

See aside from the afore mentionned hero forge model on the character sheet and a rare snapshot that I might have taken on location and the rare few maps, I petty don't use visual aids.

It's a really personal approach, I remember friends of mine rushing to image search during chargen because a visual representation is so important to the design/conception of their characters

I make heavy use of pictures during my games. I spend a lot of time looking for portraits for major NPCs : in fact I gave portraits to all the mages and companions characters in my previous and current games. I also use pictures from google search and wikipedia to show locations and buildings while describing them.

As an exemple, during my last game, I used a picture from an actual XIIIth century bridge from Metz when my players went through the city, a picture of a medieval throne room when entering the covenant council chamber, and of course portraits for each and every major npc they spoke to. A screenshot of google map here and there to get an idea of the nearby locations, and so on...

I wish I could do a decent job at drawing... but I think my prep time is better spent on game preparation anyway.

I have no talent, but my wife used to do drawings in the little character section on GURP character sheets back in the day.

Googlemaps is an absolute godsend for this game. I use it to calculate all travel times and it just makes everything so much easier. We have custom pins for covenants, autas etc which really makes it an indispensible tool.

I sometimes use Artbreeder to make character art. But I often find that it is struggle creating a portrait that has either of 1) anything else than a blank facial expression and 2) looks different from a teenagers ideal of flawless beauty.

However I have succeeded occasionally.

I find your art delightful, and am glad you've shared!

I'm not much of an artist, but my partner has done some lovely work. To a few are stored online for sharing: most notably the Faerie Bargains post a day has our favorite faerie merchant.
She also drew a few pictures which I added stats to.

This is my current Ars Magica character! Hellas of House Tytalus. Born in Constantinople - Hellas had grown up through the assault and lived to see himself become an Apprentice. Gently Gifted, his aptitude for Intrigue and relations with the Mundanes - a thing he knows is illegal by the order. Though driven and seeing himself as having a higher purpose, he takes good care to be on good terms with his Sodales. 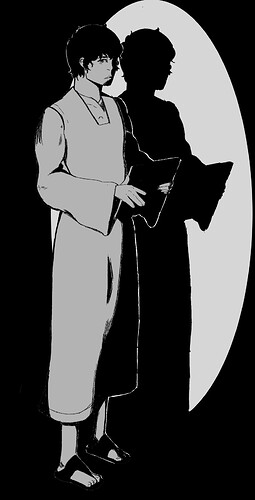 This is great! Love the bold shadows

Here's Thaeyrin's wife, Christiona! He's so clueless, he has no idea how lucky he is... These are excellent. I've no artistic skill but would love to be able to draw my characters, PCs and NPCs. These are so visually striking, they'd be great for getting all the players on the same page about the other characters.

Like many others, I use google maps, image searches and freely available images on the internet to illustrate things for my players. A picture really can be worth a thousand words.

There was something one of the actors on the Mandalorian said about the wrap around projected images they use in filming that series. Unlike working on a green screen, where each actor would have an idea of what their surroundings and CG characters looked like, the wrap around projector allowed them to all share the same image and act to it, meaning that they all had a consistent picture in their minds eye. I think thats one of the things that art in RPGs is good for, creating sharing mental images.

Richenda Spinosa is Lilium's on-again off-again love interest. "Spinny", as Lilium calls her, is a faerie-blooded Flambeau who lost her Ignem proficiency and was subsequently ostracized by her peers. Deeply bitter about the loss of her calling, Richenda has grown into a very angry young woman with a penchant for spells involving thorns. Richenda is a canon NPC from Irencillia. Her full description can be found on page 107 of the Guardians of the Rhine book.

Well, now she is going to come visit my Partys covenant just so that I can use that pic.