The standard Aging rules work, if you apply them year-by-year. Note that someone like Mari (working to assist her parens, so adding her own Int+MT) can get a good LP early on (about -15 or so), so that most years the modified die roll place her in the "no increase in apparent age"... since she was young then anyway, and not subject to difficult aging rolls, she still looks much as she did when she first used the LR.

There isn't an easy rule-of-thumb that works across a wide band of ages, since it's a probabilistic thing. What you can say is that a young maga with a powerful potion "won't age", and an older magus with the same potion will appear to age, but probably not suffer as a result. Each decade sees a 1 point (c. 10%) shift...

Reviving this decade old thread to check if anyone has tackled this issue, has some sort of system or whatnot.

For most NPCs the only thing adjusting their odds will be Living Conditions, though it would be fairly easy to create a table that applied to a broad range of age roll modifiers.

I have a hacked together python code that automates the aging rolls for my covenant.

Back in 4th I played a maga with Strong Faerie Blood, who had quite a eel of bonus vs aging.
We ruled that you rolled for Apparent Aging even before taking Longevity. She eventually made a good Longevity Potion (it was called back then).
When the saga died out she was 53 but looked 19.

I start new sagas creating a spreadsheet of the magi population in the tribunal.
It is Stonehenge now, and most magi
Have only a small blur (or just a mention).
Now I have a whole list of NPCs I have to assign age and apparent age to, and I’m definitely not creating individual sheets or rolling for each - I’ll make them as I need them. However, sometimes you just need the general idea of an NPC for an interaction, but apparent age is a must in the description for this interaction.

For actual numbers there is this simulation by my husband: 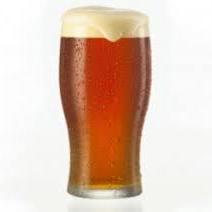 A playful season by season AM simulation. Contribute to hopshackle/ArsMagica development by creating an account on GitHub.

look in the first linked folder and there is a spreadsheet, one column of which is apparent ages, but a wealth of other information as well.

Bob and husband: thank you so much!
I found this other thread but couldn’t access the results from there.

Bob that indeed looks interesting, I think my group will set up an SQL server and run this while the saga is still being planned. Thanks for making it available

While I did not run the simulation provided by Bob I did run a few magi up to fairly advanced ages using the default 30 xp per year and reflection. Of note to this conversation are these two, the ones that went the longest (150 years each).
Adelbert of Gurnicus
Ranulf of Flambeau

Let us compare using tenths of decades based on the roll needed to gain no apparent age vs actual aging, using my current Magus.

Now lets look at it without rolling and taking the # or less you have to roll not to increase apparent age x10 as he percentage of that decade to not increase.

Net effect is that rolling made my character appear 1 year older than averages per decade.

So for figuring apparent age, figuring out how much it increased based on living conditions up until taking the LR using fractions based on what they have to roll under per decade. After taking it, you have to decide if they went really big (which would stop almost all apparent aging), just enough to avoid actual aging effects (which would normally mean they stay in the 3- to 5- roll range), or somewhere in between (which might start at no apparent aging and creep into the non-exploding range over decades).

You end up with a range somewhere between 70% of their Age as Apparent Age all the way to Apparent Age is when they first took the LR (possibly even lower with modifiers).

As a story guide, you choose what works. I can't see why you'd want a random result. If you roll and the magi is really unlucky, they could get a decrepitude point and a crisis quite young, to me, that would be such an extreme event, it could affect how the NPC acts. You could easily have a 100 year old mage die with some bad luck. Why let the dice decide?

As characters, it should be a case of very little chance of truly guessing an age. A good check on a relevant knowledge skill, could argue the person knows when the magi passed gauntlet and can do the maths. Otherwise, with no foreknowledge of the strength of the potion it could be near impossible.